ICYMI: Here are the rankings for the first mission of the first episode of Mnet's KINGDOM It’s finally here – the first-ever (and hopefully won’t be the last) HallyuLife Awards!

As we say, “we aim to recognize the ones we talk about”, we define this new HallyuLife Awards as not just your typical voting poll and such, unlike other publications are doing. We at HallyuLife, with the help of global K-pop/Hallyu fans and our readers – as well as our judgement, will be partaking in giving out awards for our beloved Hallyu stars.

With this, we aim to build a great relationship not only with K-pop / Hallyu artists, but also with fans from around the world.

The first-ever HallyuLife Awards might not feature actual live performances from the awardees at this moment, but with your support, maybe we could do that in the future.

Aside from the voting process that usually goes (yes, we also have that), we plan on giving a special, customized trophy/plaque for each winner, and in order to make the award more special than ever, we’re turning to you to make the special trophy possible – by crowdfunding it. A sample of our proposed plaque/trophy for this year’s HallyuLife Awards.

As you may know, we are still a small company. However, we thought of something special with this. We proposed a custom-made acrylic plaque/trophy which was pictured above, with custom messages at the back coming from those who have donated to our cause. For example, if a fan has donated when nominating or when voting and wants to send a message to BLACKPINK, it will be printed on the trophy/ies if BLACKPINK managed to win. EVERY TROPHY is CUSTOM-MADE.

We are also expecting to incur some huge shipping costs from actually shipping the plaque/trophy to the artists. YES, WE’RE MAKING AN ACTUAL TROPHY that will be sent to the artists’ themselves for them to receive. On the trophy are your messages of support and encouragement, printed on the backside.

To clarify, the amount of donation DOESN’T AFFECT THE RESULTS. We, as a news and information platform ourselves, want to be transparent regarding this, and will present the post-statistics of our results, including the number of points and the decision that mattered into the award.

Donate here or via the form below:

Nominations for the first-ever #HLA2021 are now open! Nominate your favorite K-pop artist, song, video and K-Drama as well on this page: Nominees | HallyuLife Awards.

The nomination window will be open from now (December 8th – December 14th, 23:59 KST). After that, we will be picking the artist(s) with the most number of nominations will be the ones selected as nominees (6 for Best Awards & K-Drama categories, 5 for all other categories) [K-pop].

All of the nominees from the other categories will be automatically nominated for the Daesang / Grand Prize as well as the HallyuLife Global Fans’ Choice awards. 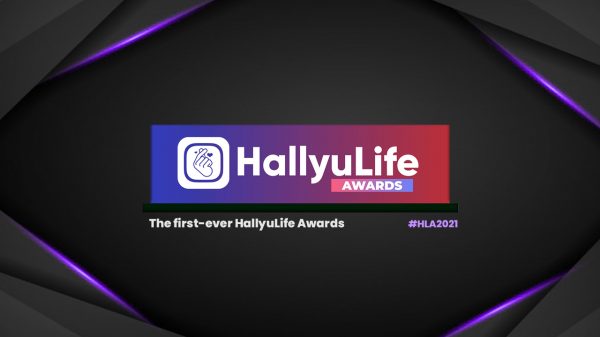 From us at HallyuLife, thank you for supporting the first-ever HallyuLife Awards!

It had received support and attention WAY BEYOND we expected.

Here's a status update, including a big announcement regarding #HLA2021

Let us know and we might do something about the result! This is their first full-length studio album since their debut.

2PM's legendary comeback is a MUST-watch!