BLACKPINK’s BORN PINK WORLD TOUR – What you need to know?

BLACKPINK IN YOUR AREA! BLINKs! Get ready as BLACKPINK is coming to your area with their “BORN PINK” World Tour starting this October this year in South Korea, followed by North America, Europe, and Asia. 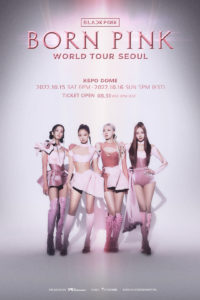 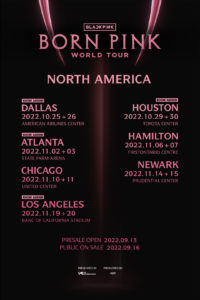 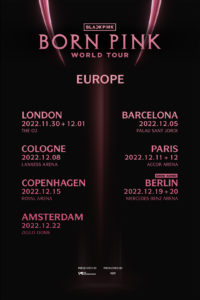 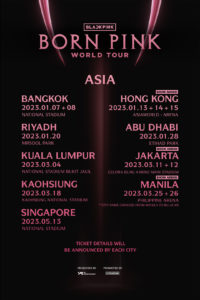 Following the release of their most recent album of the same name, in September of this year, the four-member girl group from YG Entertainment has announced a world tour. BLACKPINK’s world tour kicked off for two days in Seoul, South Korea last October 15 & 16, and is currently on its North America tour and will end in 2022 in Europe. They have also announced additional dates and venues for Asia which will start in January 2023. Venues for the Oceania tour will be announced.

Dates for the BLACKPINK “BORN PINK” WORLD TOUR are on the list as follows:

BLACKPINK debuted in 2016 and had its first-ever tour “In Your Area” in 2018 also smashed records on the charts with their albums and songs not only in South Korea but also worldwide. Some of their well-known tracks include Whistle, Boombayah, Playing with Fire, As If Its Your Last, Kill this Love, How you Like That, DDU-DU-DDU-DU Pink Venom, and Shut Down. -HallyuLife.com

What you need to know: HALLYUWEEN 2022
TOMORROW X TOGETHER successfully wrapped up their first world tour