TRAP will be romance and thriller web drama about love, temptation, and betrayal that occurs among university students in their twenties. The sizzling hot teaser trailer is so short, it gives viewers a lot of questions about this upcoming web drama. She worked hard for this project through which she will finally greet her fans. Please show lots of anticipation and support.

She also answers some questions in a 60-second interview about the upcoming drama on their TikTok account. 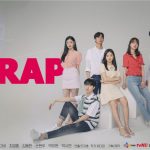 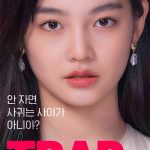