Fans’ of the K-pop boy group SHINee is on a good roll for this year, as the group has teased what appears to be their comeback after all of the members were finally out of the mandatory military service since the second half of 2020.

During SMTOWN LIVE “Culture Humanity” online free concert, a teaser was played which showed SHINee’s hits, as well as a phrase which says in the end “2021: SHINee is back.” 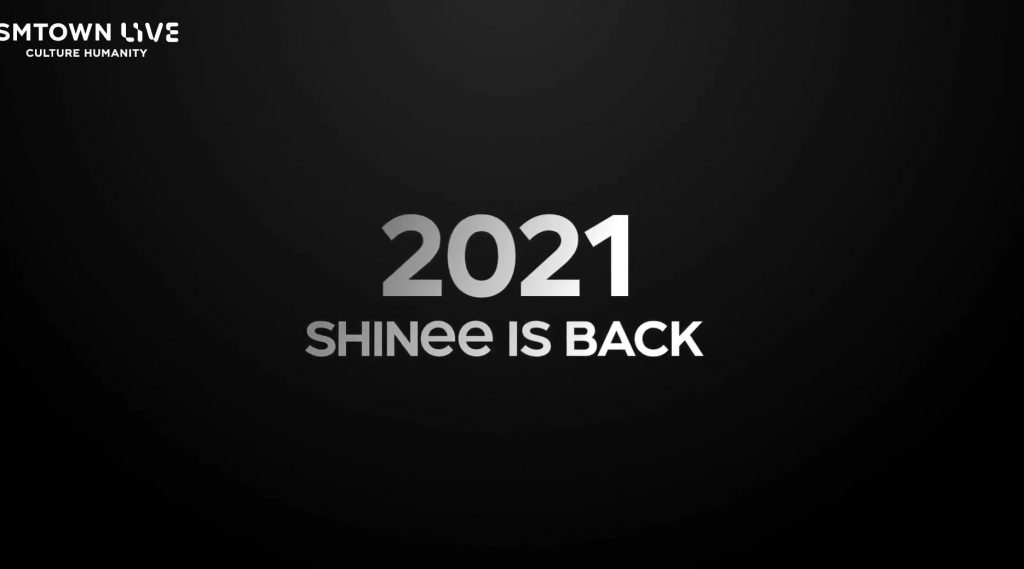 Twitter fans once again made the keyword “SHINEE” trend, as fans celebrate the return of one of K-pop’s hitmakers. -HallyuLife.com