GFRIEND Yerin is currently on break due to health concerns

Yerin is currently resting after being brought to the hospital due to acute gastroenteritis. GFRIEND Yerin is currently on a break after going to the hospital due to acute gastroenteritis. A source from GFRIEND’s agency Source Music states that the GFRIEND member is currently on a break. They said:

Yerin is currently resting due to acute gastroenteritis. We are in currently in discussions about future scheduled activities.

GFRIEND recently appeared on MBC FM4U’s ‘Kim Shin Young’s Hope Song at Noon‘ on July 15. Yerin was not able to join the group in the said appearance. Her fellow members explain that Yerin had gone to the hospital in the morning for treatment. Kim Shin Young hopes for her fast recovery. Also, earlier today, the group appears on the Twitter Blue Room to answer some questions. 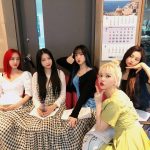 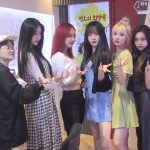 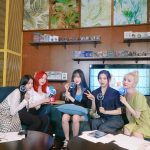 GFRIEND recently releases their mini-album ‘回: Song of the Sirens‘ along with the music video for their title track ‘Apple‘ on July 16. -HallyuLife.com