Korean pop girl group (G)I-DLE has partnered with the American label Republic Records, according to the group’s agency Cube Entertainment in Thursday, in pursuit of pushing into the U.S. market.

Home to several high-profile pop stars such as Ariana Grande and Taylor Swift, Republic Records is a division of Universal Music Group, which is also the partner of K-Pop groups TWICE and TXT in strengthening their ties with the American market.

Republic Records’s co-founder Avery Lipman said with regards to the news that the label was excited to partner with the group as it makes its highly anticipated U.S. debut. He also said (G)I-DLE’s latest mini-album “I Trust” will launch the six-piece act in the country and that the label has been striving to propel the group to global stardom.

On the other hand, Cube Entertainment’s CEO Ahn Woo-hyung said:

“We are glad to team up with Republic, a flagship label in the U.S., and hope (G)I-DLE can write a new history for K-pop under our collaboration.”

The six-piece group dropped its third mini-album “I Trust,” with its title track “Oh my god,” on April 6. Leader Soyeon reportedly written all five tracks of the EP.

“I Trust” conquered iTunes album charts in a whopping 39 countries after release and the music video of “Oh my god” ― had amassed more than 3.5 million views on YouTube as of Thursday.

(G)I-DLE, composed of Miyeon, Minnie, Soojin, Soyeon, Yuqi and Shuhua, debuted with the song “LATATA” in 2018. They are considered as one of K-Pop’s monster rookies, being catapulted to fame after appearing on Mnet’s competition show “Queendom” last year. -HallyuLife.com 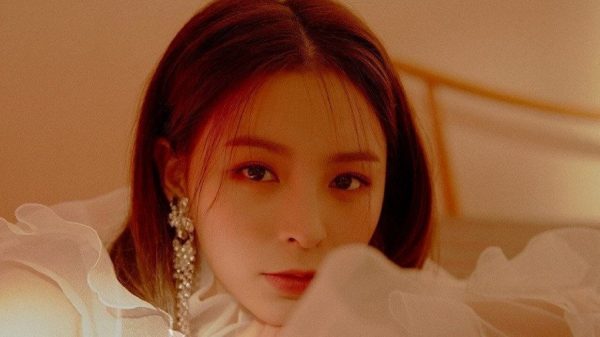 Cube Entertainment announced on February 3 that the exclusive contract with Elkie has been terminated, also withdrawing her from the group CLC.