The anticipated collaboration of Rothy and EXO Chanyeol will be as nice as an ocean view! 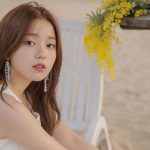 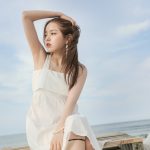 Rothy’s agency Dorothy Company confirms that EXO Chanyeol will be featured in the recording of her upcoming digital single. They said:

EXO’s Chanyeol fully participated in Rothy’s upcoming digital single ‘Ocean View,’ which will be released on August 13, as a featuring artist. Through the meeting of these two talented artists, they were able to create even richer music,” continued the agency, “and [their song] will give listeners cheerful energy this summer.

Chanyeol whole-heatedly accepts the collaboration after veteran singer Shin Seung Hoon plays ‘Ocean View’ for him at a social gathering.

Chanyeol is well-known for collaborations with Punch on the hit tvN drama ‘Goblin‘ with their OST ‘Stay With Me‘. And, recently featured on Lee Sun Hee’s track ‘Anbu‘. Rothy’s upcoming track will be as nice an ocean view with her collaboration with Chanyeol.

Rothy’s upcoming digital single ‘Ocen View’ will be out on August 13 at 6 PM KST. -HallyuLife.com