WATCH: DAY6’s sub-unit ‘Even of Day’ debuts with a melancholy MV for ‘Where the Sea Sleeps’

Its a beautifully sad track that will drown your sorrows at the bottom of the sea. DAY6’s first sub-unit Even of Day debuts with a melancholy music video for ‘Where The Sea Sleeps’ on August 31st.

The members are composed of Wonpil, Young K and Dowoon, who released their first unit album entitled ‘The Book of Us: Gluon – Nothing can tear us apart’.

The beautifully sad main track of the album expresses the feelings about holding on to someone dear to you even against all the challenges they face and together they will reach a beautiful destination where the sea sleeps.

The album consists of 7 tracks all written by Young K himself, with Wonpil participating in writing ‘Thanks To’. Five of the songs were also co-composed by Young K. 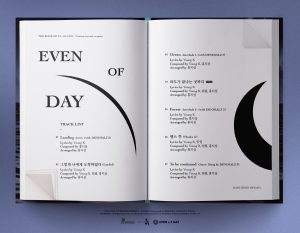 In a tweet, DAY6 member Jae expressed his delight on his co-members’ return with Dowoon replying with a heartwarming message.

https://t.co/jmcqG5rJcw
BOYS CAME BACK!!!
Even Of Day – Where the sea sleeps pic.twitter.com/i3Eg5Dl24r

The music video is an animation of the members’ animated characters Ke, Pil and Don. -Hallyulife.com