Their secret was finally revealed! 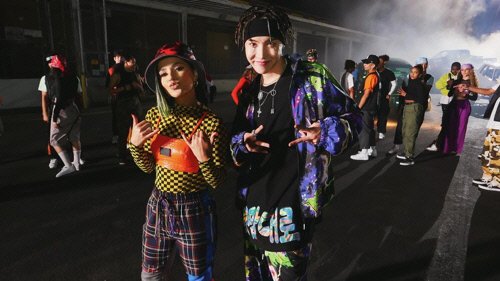 The secret is finally out as the member of BTS, J-Hope will be releasing a song with the American singer-songwriter-actress, Becky G on September 27, 2019 6PM KST. After the series of exchanging tweets of Becky G and BTS on September 26, 2019 the news is out since J-Hope and Becky G will be releasing a song entitled “Chicken Noodle Soup.” The song has a music video, and will also be released for free. It will feature both Korean and Spanish lyrics. The collaboration is inspired by Webstar and Young AB’s “Chicken Noodle Soup” featuring AG aka The Voice of Harlem.

BigHit Entertainment said that Webstar and Young AB’s song “Chicken Noodle Soup” featuring AG aka The Voice of Harlem had a huge influence to both of J-Hope and Becky G when they were young.

Moreover, there will be a #CNSChallenge that will start on BTS official TikTok account. J-Hope will be the first one to post the video challenge followed by the other members of BTS.

Make sure to watch the MV that will be released on BTS official account. -HallyuLife.com

WATCH: TWICE goes elegant with ‘Feel Special’ MV
TAEYEON to make a comeback this October, according to SM Entertainment